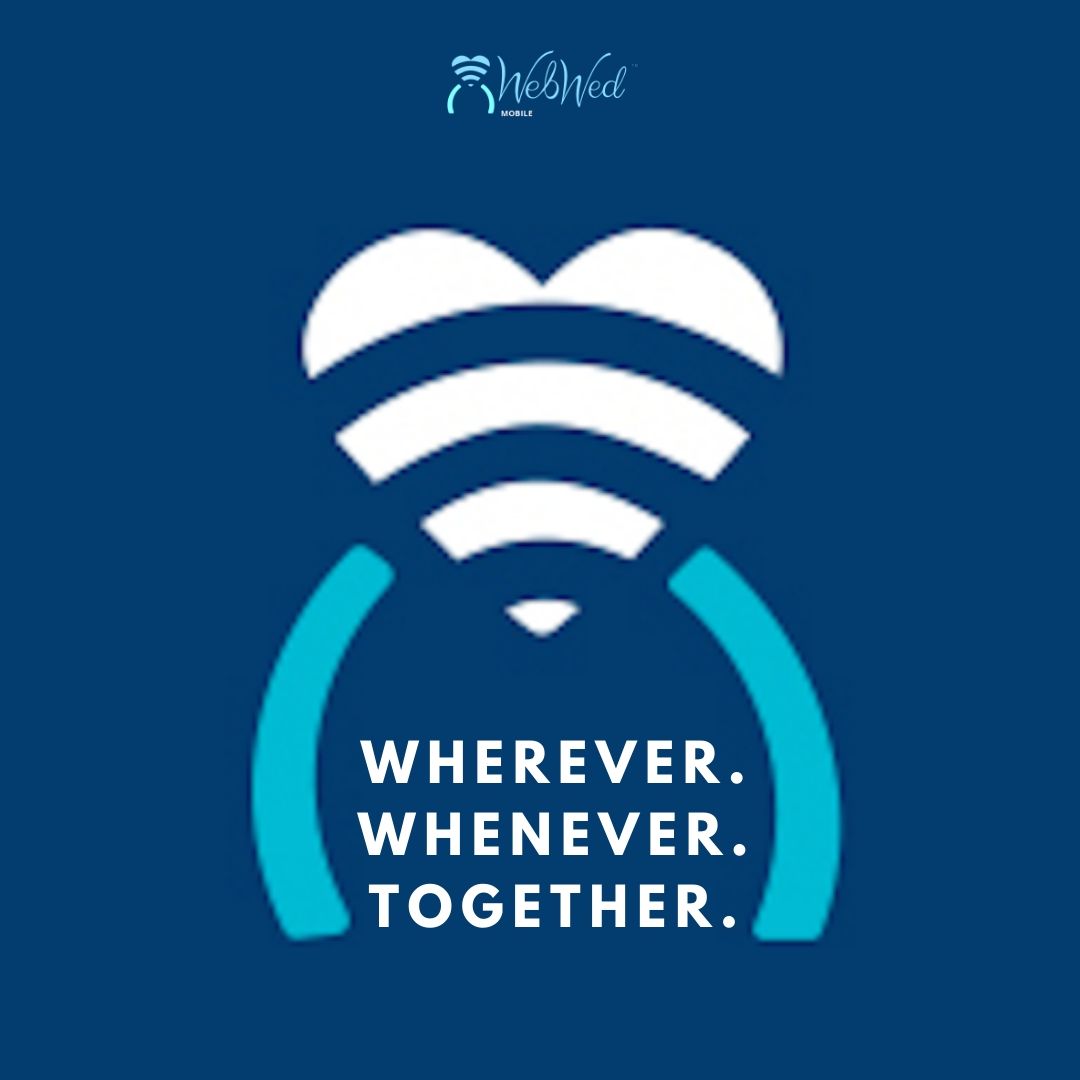 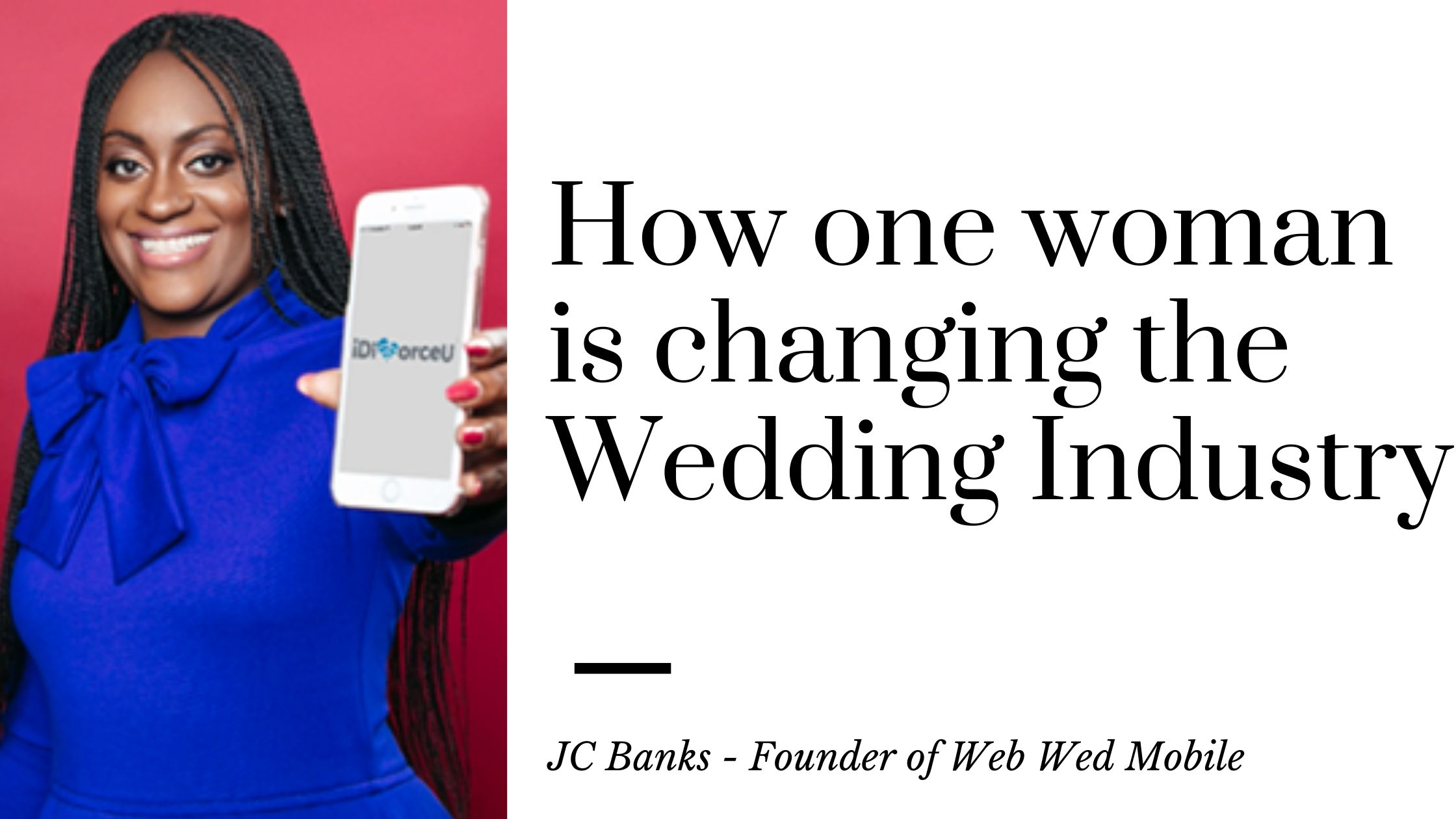 The media can be tricky but patents don’t lie. Meet the power couple behind it all JC and Randy Banks. We had the opportunity to catch up with one of the most innovative companies to hit the internet market, to discuss their company and all of the attributes, struggles and triumphs associated with it. Though you may not have heard of them yet, this is definitely a company worth learning more about and using in your everyday lives for those special moments. 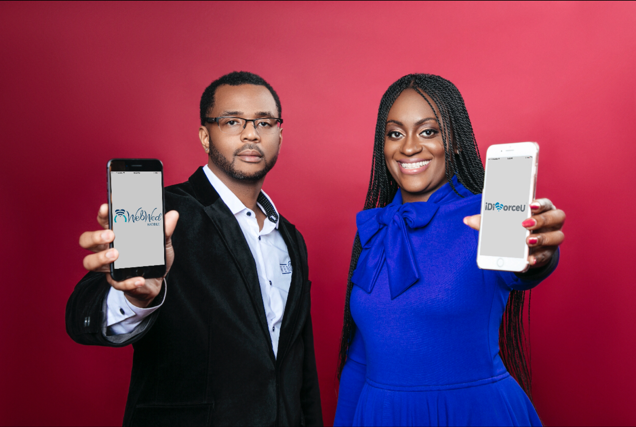 WebWed Mobile is a cross platform company that has combined the three most powerful elements in the world: love, law, and technology. The  mobile application was created to savor the essence of marriage and stabilize the economy by creating more love and less debt. Through this app, individuals are able to get married online legally, receive their marriage license online, send video invitations for your special moments, stream your special moments privately, exclusively and free with your mobile device. What is most intriguing, is that in the tech world that we live in, you are able to process all of the aforementioned tasks 100% online. Those who have benefited and utilized the app most thus far have been: millennials, military, those interested in elopements, immigrants, and same sex couples. These groups are the primary reason that the app has exceeded all expectations from its inception.

Not only is this one of the most unprecedented companies and mobile apps on the planet, but it was established and is 100% owned by a young alpha woman who has leaped into the tech world. Her company was the first app to marry individuals online legally via live stream, even before a name that we all have grown to know, Facebook. Therefore, we want to inform you that this app exists and is making leaps and bounds in the tech industry, one click at time. The software developed behind WebWed is called Komuteque that amalgamates webrtc and open source intelligence to provide an optical indirect experience. This technology  is also the power force behind their affiliate project idivorce.  Idivorceu is a strategic cost effective filing and divorce probability forcast platform that amalgamates legal technology, actuarial software and mediation. Both of the services are patent and patent pending . Don’t let the media fool you by recent secondary companies, she did it first. 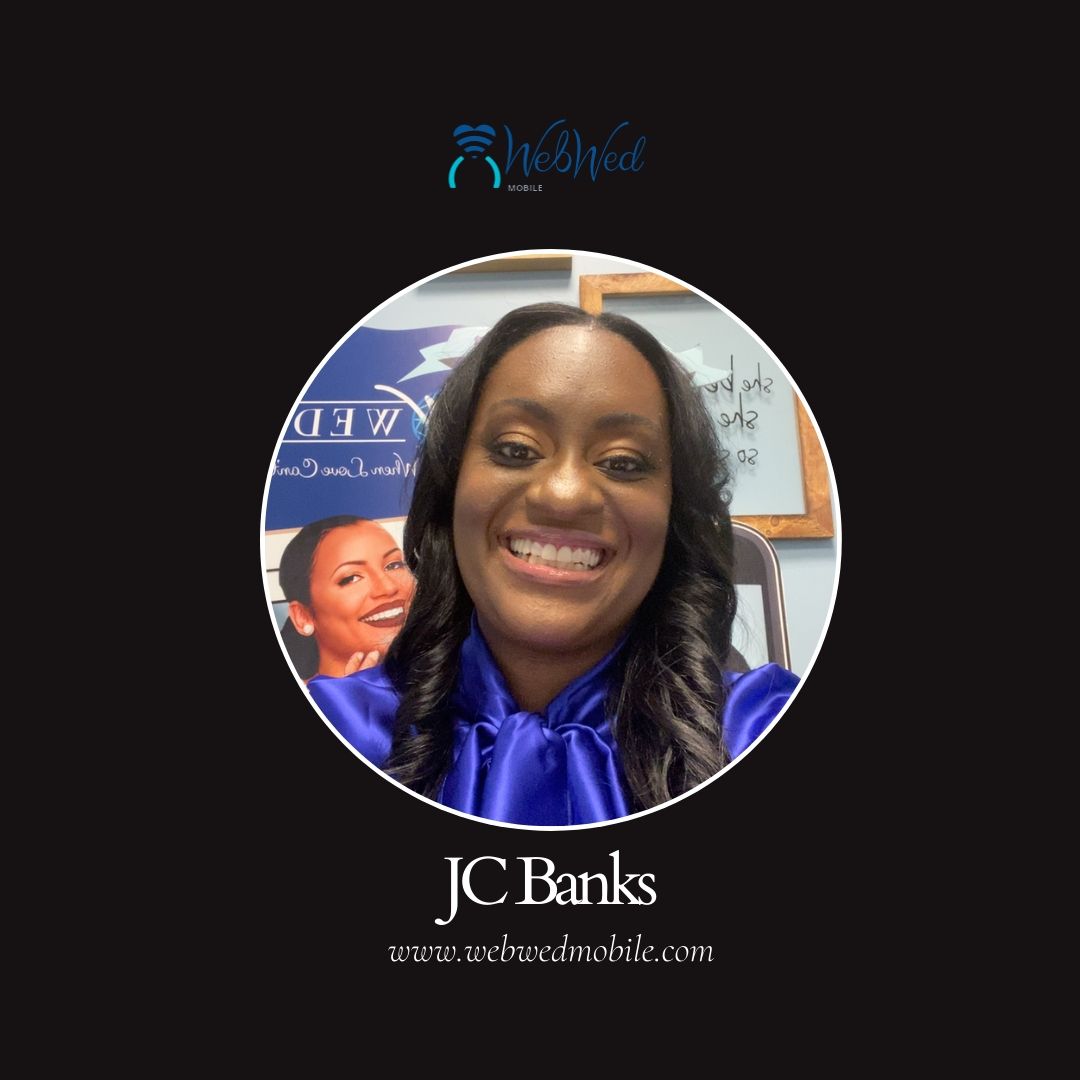 As word began to spread about the groundbreaking company, how fast it was growing and making a name for itself, a few big names took notice. One of these big names is one that we are all familiar with, Shark Tank. Of course the opportunity to be exposed to such a large scale of the world to share this product of love and special moments was exciting. However, the company quickly learned that not everything that glitters is gold. From her experience with seasoned investors, she quickly realized that she was a woman, no big name (yet), with no true money to make this happen. In a nutshell, she was seen but not heard as many assumed that she was a man based on her name JC. However, she is an minority woman in technology and that in itself changed the game.

During her time putting in the work at the drop of a dime to bring her company to the next level, so she thought, she learned that any fool can have money. Politics play a major role in many business ventures including this one. However, what you do with the experience, time, money and how you invest in all three, is the defining factor of the entire equation. As a direct result of that experience she and her company learned that no one hold those in power accountable for their mistakes and that was wrong. No one asked about the person behind the company in their due diligence process. Instead,they were solely engulfed in the company, void of its owner. 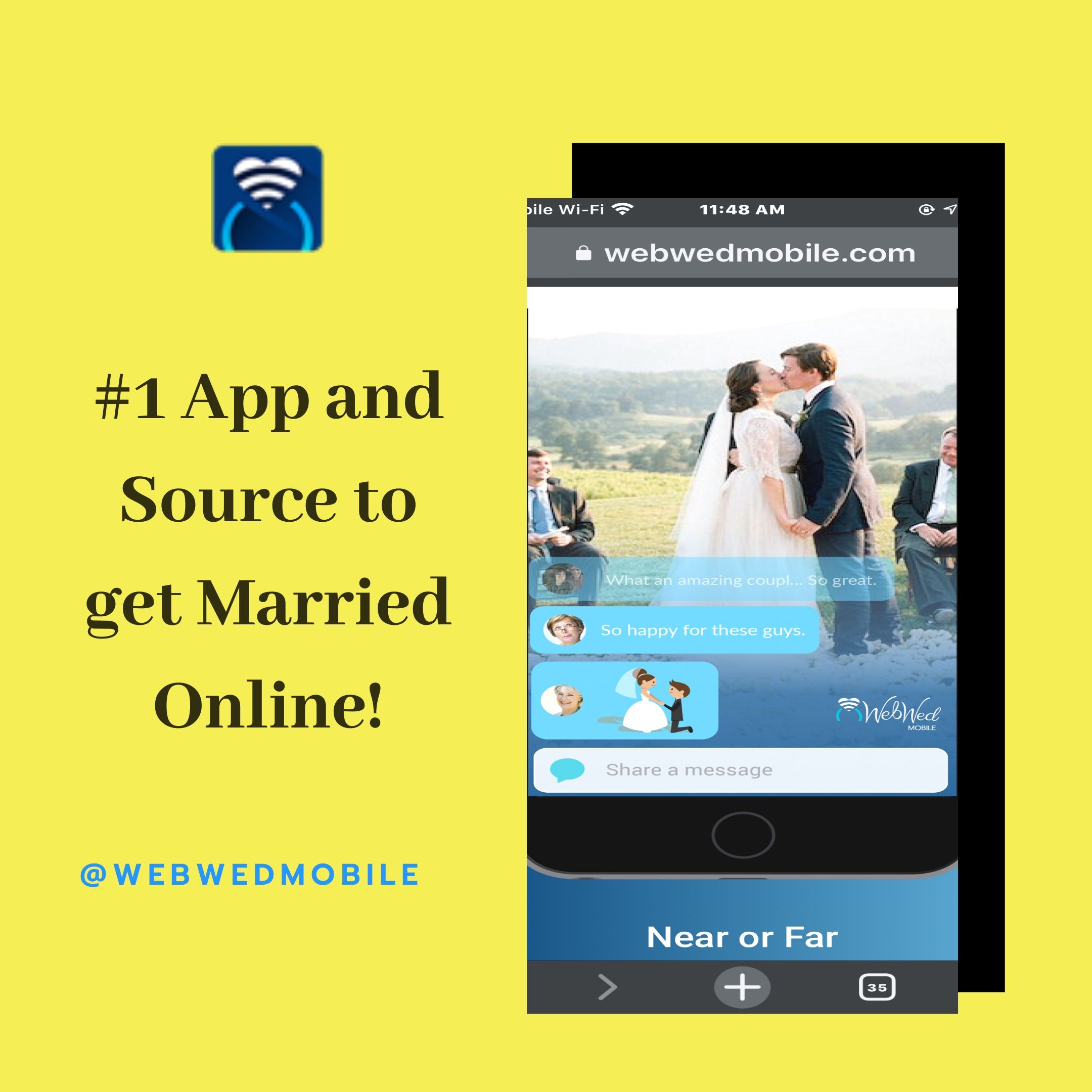 Therefore, instead of sitting still and drowning in the tank, she became content with herself, the company and its great potential all on its own. It was then that she and the company realized that she had already earned her way. The truth was after earning half a million dollars in sales in less than two years with no investors, she had already made it, seen and accomplished so much that could never be taken away from her. To say she was underestimated is an understatement. The growth of the company speaks for itself in stating, “if you counted her out or WebWed Mobile out, then you miscounted.

Though WebWed Mobile is doing great at the present time, as you can see from the aforementioned hurdle, it was not an easy task to bring a dream to full fruition overnight. This company was created by the bootstrapping system of a woman with a vision and a dream. There was a great amount of unknowns and barriers that would come their way that could have dropped any persons spirits, but this company is built from a strong foundation and love tough. As you could imagine, building something so pioneering from the ground up, there were moments of doubt and uncertainty. The company’s owner had moments where she had to ask herself the ultimate why questions. Why was it so hard to get funding? Why would no one give her a chance? When she did not receive the answers that she wanted to these questions, she changed her mindset.

At some point she stopped asking why and that is when the magic happened. Validation was no longer a concern for her. When she started believing in herself and the village surrounding and supporting her, she realized that she was bigger and more powerful  than ever. WebWed Mobile is simply a company wrapped in the American flag of equality and justice  their African ancestors were born or brought to this country). The two African American Founders of individuals know that the real sharks are the everyday working person, capable of making or breaking a company. The ultimate power of this company is heavily invested in “the power of you,” which is the sentiment that the company plans to implant into each and everyone of its users.

In the future, WebWed Mobile is planning to go public and looking to expand its affiliations, joint ventures and acquisitions with companies such as: dating apps ( match-zooks-eharmony), facebook, Amazon, Gift Registry (Zola, Ikea, etc), Jay Z Tidal Streaming , Cruise Ships, Resorts for destination weddings, branches of the military, jails , and courthouse for Marriage licenses. The absolute best part of this service is that no matter your race, gender, religion, sexual preference, location or nationality, this service is for you. The app is available for use in the U.S., some european countries, some caribbean countries. With WebWed love is when your wifi connects. 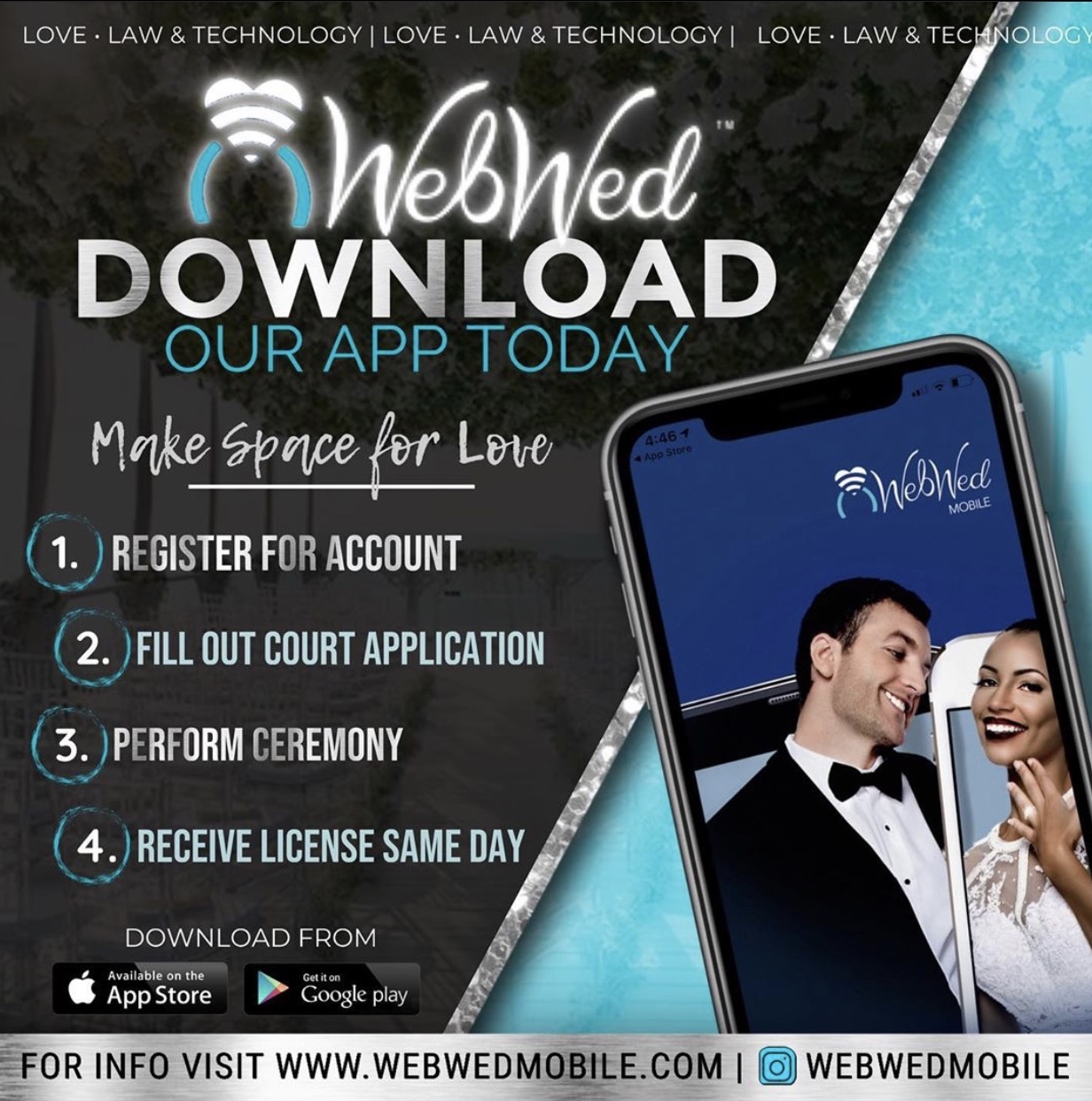 So what are you waiting for? Go check out the revolutionary  app taking the legal  tech industry by storm. Visit their website at www.webwedmobile.com and download the app on apple google  play, and  www.idivorceu.com  Divorce Done Differently Coming Soon 2021